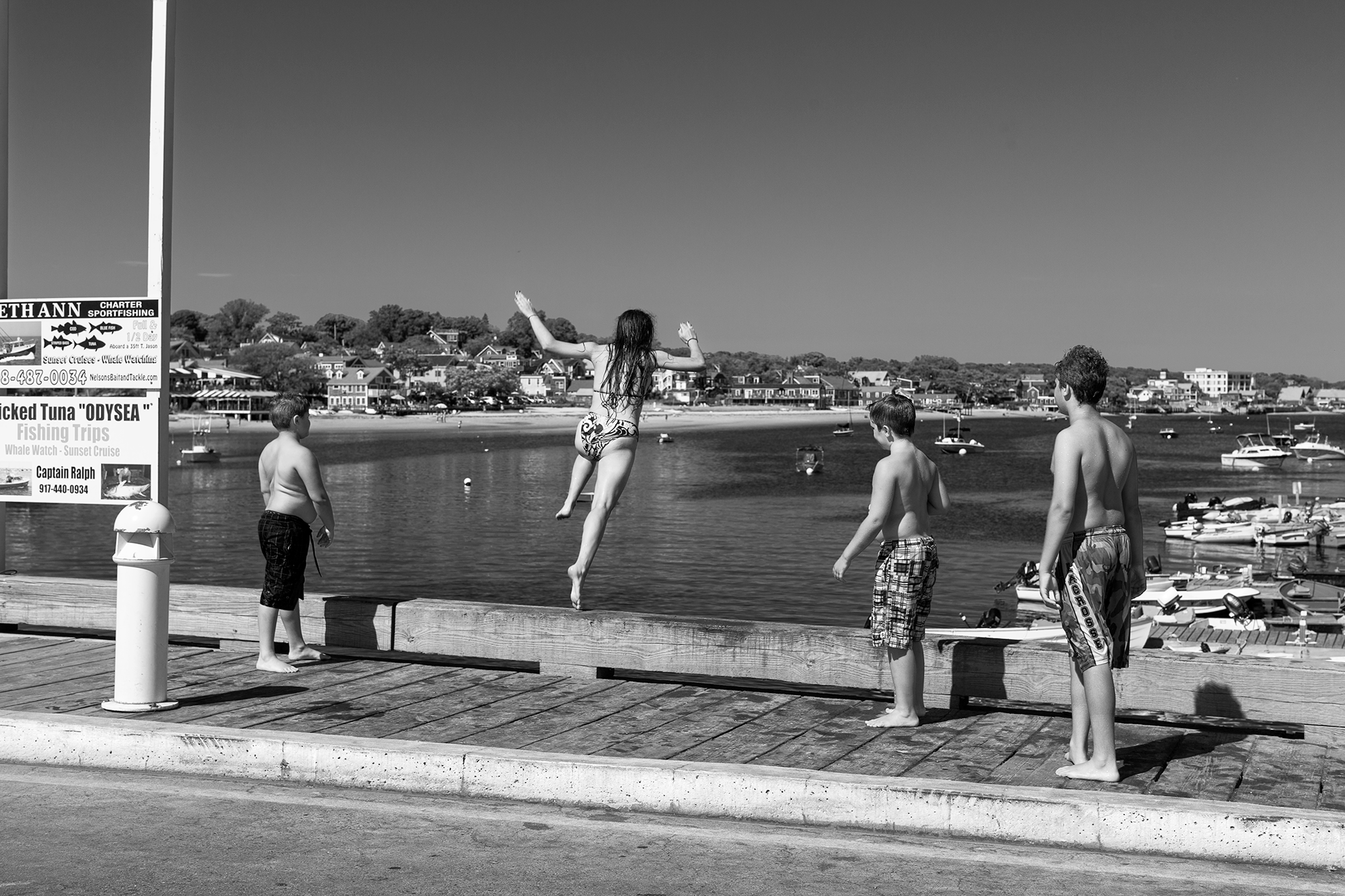 For the last three years I’ve ventured out to Provincetown to take pictures of the annual Carnival parade. My sister lives in Ptown and we usually meet up near Art’s Dune Tours across from the Governor Bradford. I love the Governor Bradford because it’s a great set in which people can happen. The parade itself is a spectacle of creativity, glamour and pride. And living in coastal New England, I’m often often lacking in sequins and tulle. The parade is a summer essential for me.

The parade can often get off to a slow start, so I usually walk over to MacMillan Wharf. My first year I came upon a couple saying goodbye at the Boston ferry terminal with their black Labrador standing guard. Last year I came upon a girl jumping off the wharf into the harbor water below. I’m not sure how far of a jump it is, maybe 10 feet. Far enough to give neophyte swimmers a pause. But she was rocketing off the wharf and plunging into the water below. One of the things I loved about her is that she was jumping on her own without the hampering of a helicopter parent.

This year I strolled out to the wharf again, and while I didn’t find any couples saying goodbye, I did find the very same girl, in the same place, leaping off the wharf. Her long black hair stuck to her back, who knows how many times she’d made the leap. This year she was with either brothers or cousins. The two younger ones where trying to convince each other to go next. Both were dry.

I was lucky to capture her mid leap with the boys looking on. As I look at the picture now I get a little sad. Next year I’ll be older, and so will she.  Maybe she’ll have  job, or a boyfriend, maybe she’ll move away, or go off to school. Maybe life will become complicated as it inevitably will, maybe she’ll just be too old to spend summer afternoons leaping from the pier.

I just want her to stay in air, high above the cold water. Then I won’t get old and neither will she. 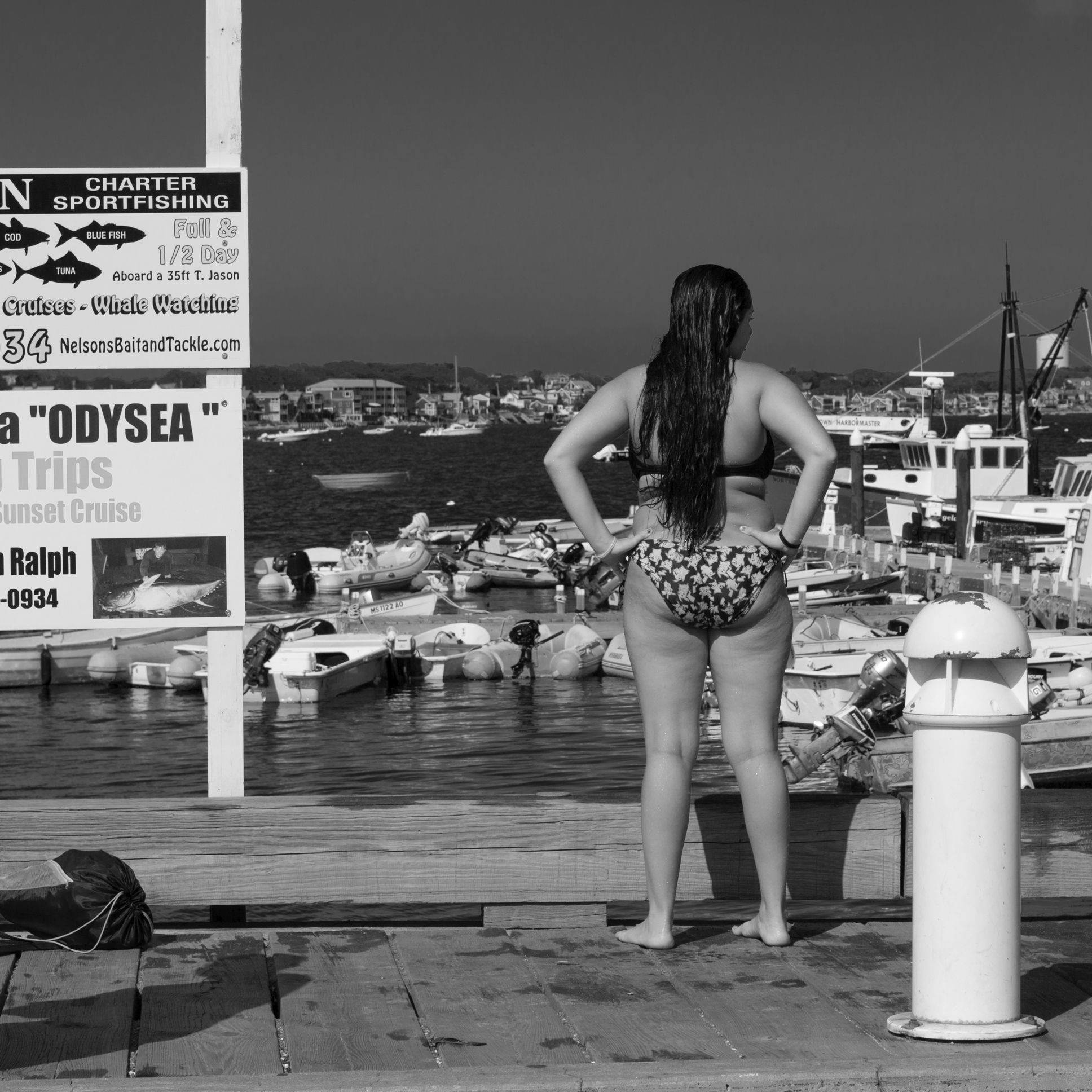