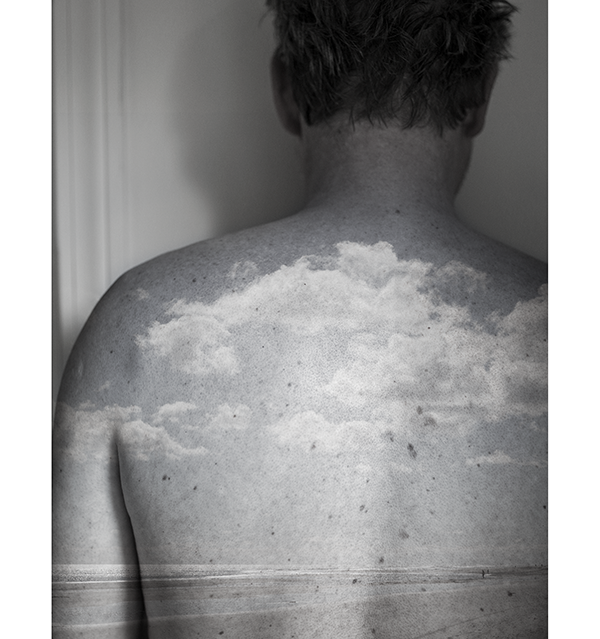 This essay is a summary of my first semester in the low-residency MFA program. I’ve divided the semester into three sections: mentorship, practice, and study. First, I will discuss my work with my creative mentor; then I will review my practice and imagemaking; I will follow this with the study portion of the semester which includes a class, videos, and readings.
Mentorship
I attended Zoom meetings with my mentor, photographer Greg Miller, every two weeks. The first week Greg reviewed the work I brought to the January residency and selected his favorite images. He remarked that my best images have an element of darkness in them and felt I should continue to pursue that avenue. I then made prints of these images and hung them around my workroom for inspiration. During the latter sessions we critiqued my latest work. We reviewed the technical and artistic aspects of the images and reviewed the work of many other photographers in order to expand my thinking and point of view. Greg tried to keep me focused as he was concerned that during the semester I wasn’t making “Eileen images.” I admittedly struggled creatively this semester as there were so few people around to shoot, and had trouble making good images every two weeks. Greg was very critical of my work. I worked very hard but simply didn’t hit my creative stride this semester.
In my mid-semester blog post I listed Greg’s recommendations, here’s a brief review:

I spent the bulk of the semester working with models, eight in total (Fig. 1). I paid each twenty dollars an hour to pose for me in snow, rain, and wind. We visited a host of locations: dark parking lots, bus stops, hotel pools, and trailer parks. The weather was dreadful for most of the semester and this made it a challenge to work outside. A couple of the models were late or didn’t show up at all; one took off all of his clothes without being prompted. I borrowed an empty summer house from a friend for a shoot and tried arranged shoots in public places like K-Mart. I had my share of challenges.
By the end of the semester I created three different bodies of work: Tom, Janus, and Nature Within Us. The Tom series is a body of work featuring my partner of eleven years. Greg noticed that my pictures of Tom were more honest than the pictures I took of the models and suggested I spend the latter part of the semester shooting him exclusively. These images deal with death and mental illness. Last summer we endured a serious personal trauma. Due to that trauma, I began to shoot Tom from a different point of view. I will continue working with him in the future and expand on the ideas I incorporated this semester. Greg thought that my image of Tom at Mant’s Beach was one of my best of the semester. (Fig. 2)
The Janus pictures are a series of long exposures of a single subject involving motion. This idea came from a suggestion I received at the January residency to incorporate motion into my images. These were all shot indoors with a single light source. A number of the pictures show the subject with two views of the head and face. I decided to name the series Janus after the two-faced Roman god (Fig. 3).
I started a third series of images, Nature Within, after my meetings with Greg were over. I took some time to review my work and think. I wasn’t happy with the images I’d been creating and had a new idea to digitally combine anatomy with nature or landscape imagery. As an undergraduate I read the poem Thanatopsis by William Cullen Bryant, and was inspired by these lines: “Thine individual being, shalt thou go, to mix forever with the elements.” I’m still exploring this idea.(Fig. 4).
In April I entered four of images in Lesley’s Taking In 2018 juried show and two photo of models Regina and Suzi were accepted (Fig. 5). The show was on view in the VanDernoot Gallery from May 3-20, 2018. I also entered three images in the Boston Young Contemporaries exhibition (although I am neither young nor contemporary). I will know if any were chosen on June 1.
My final note on practice is about printing. During the January residency I received many negative comments about my photographic prints. As result of these critiques, I sought out a master printer and was lucky to find one locally, Bob Korn of Bob Korn Imaging. Bob is an expert in both analog and digital photography; in his forty-year career he has made prints for Joel Meyerowitz, Richard Avedon, and many others. In February I arranged a training session with Bob and learned a number of his digital imaging techniques. The prints I’m presenting at the June residency were made by Bob. As result of that first meeting, I was invited to attend salon nights at Bob’s studio. The salons have given me the opportunity to meet local photographers of all levels; discuss composition, color, and subject in detail; and act as a facilitator/moderator. Bob has asked me to give a talk on my photographic influences and is arranging to show my work in his gallery later this year. I will also continue to have Bob print contact sheets and prints for me.

In April I completed an online course at the Museum of Modern Art called “Seeing Through Photography” with curator Sarah Meister. The class begins with a short history of photography and progresses to the present day. Meister discusses portraiture, narrative, documentary, and digital photography. The materials and readings for the class were very helpful to me as were the additional resources. Through the course I discovered a number of photography essays and also videos of some of my favorite artists: Bruce Gilden, Stephen Shore, Lisette Model, and Diane Arbus. As detailed in the my May essay, the MoMA lecture entitled Expanded Portraiture was particularly enlightening.
In addition to the suggested readings, which I will list separately, I read a few additional books and essays. Bruno Munari’s 1966 graphic design classic Design As Art helped me to think more about designing my photographs and looking at them as a mode of communication. Sally Mann’s 2015 memoir Hold Still was riveting. Mann writes in detail about her creative process, and how her life and art intertwine with place. I also read selected essays from Susan Sontag’s 1977 book On Photography. As a student of Walt Whitman and a fan of Diane Arbus, I was fascinated by the essay “America, Seen Through Photographs, Darkly.”
As the semester comes to a close, I have mixed feelings about my work. I’m pleased that I have acquired new skills but am disappointed that I didn’t make better pictures. I’m interested in expanding my portraiture to include other forms of art like sculpture, poetry, or video; and experimenting with ways to make portraiture multifaceted. I feel a bit overwhelmed and without a clear direction at the moment. Now that the warmer weather is here I hope to return to the more familiar ground of social portraiture and to continue clarifying the ideas in my ongoing projects. My goal is to create a cohesive body of work.