Mysterious Catman in the Longhorn Lincoln 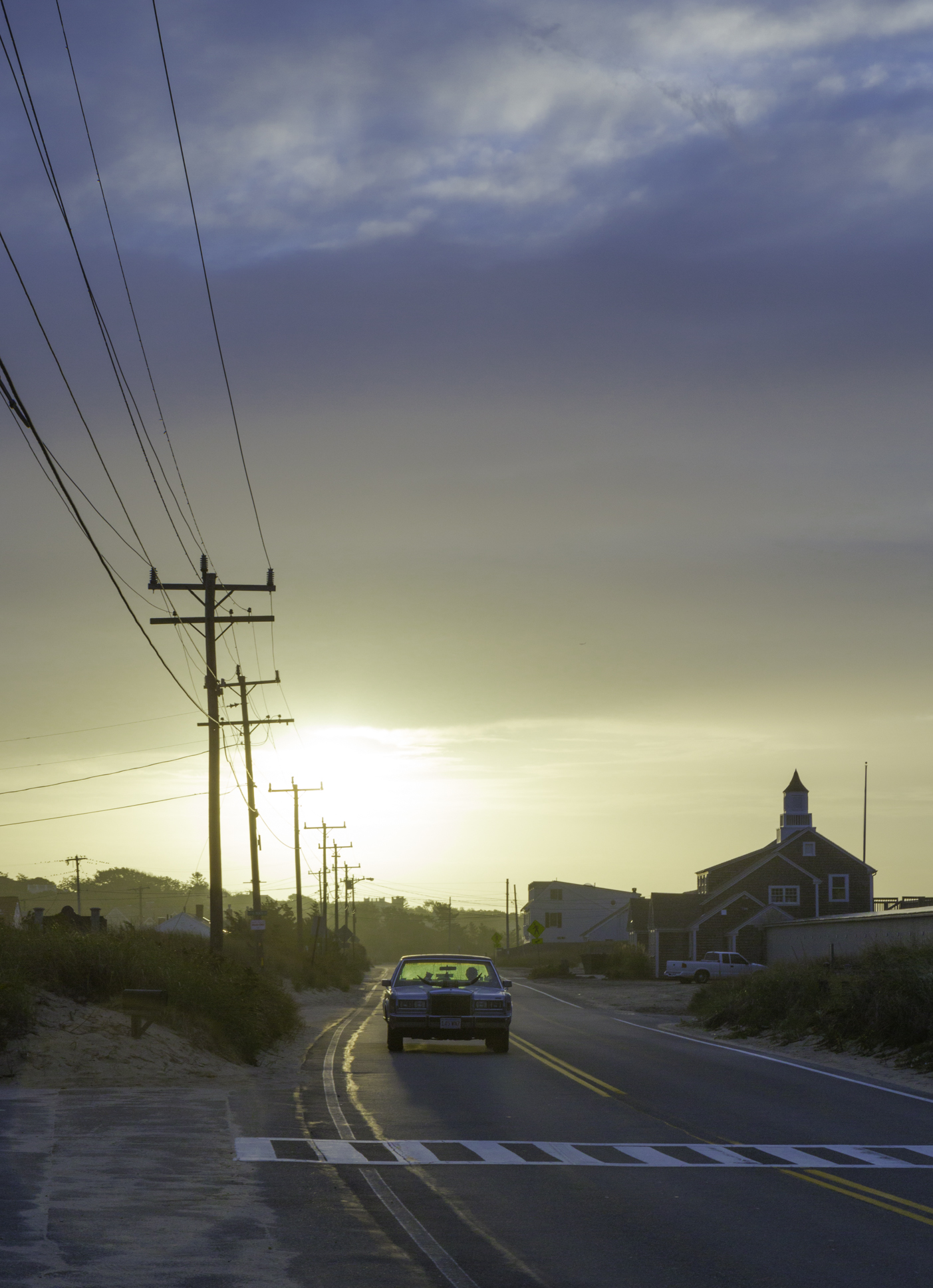 “So I was walking down the street, minding my own business, WHEN, suddenly, out of nowhere….”

I admit, there are times (she said like a true beach brat), when I get a tad bit bored with the seaside.

I can’t believe I just said that.

But sometimes you need to get away from a place to honestly observe it again. When we’re deep into fall or winter here on the Cape, I find myself missing the bustle of the summer and it’s crazy cast of sandy characters. Now that many parts of the Cape have become seaside suburbs with high-maintenance lawns (don’t get me started, but I did write a blog post about it here) and high real estate prices, the Cape characters I used to see in my daily rounds seemed to have all but disappeared.

So imagine my elation when I turned around to see this guy driving towards me: Mysterious Catman in the Longhorn Lincoln. Hooray for the Local Oddity! Now this image is a true testament to my lack of skill. Seriously, I nearly missed this shot and only fired off two frames before Mr. Catman Longhorn Lincoln sped out of sight. And think of all the ribeye jokes I could have made.

As photographers know, there are times when you smack the shutter down and aren’t quite sure what you’re seeing. And it’s only later when you see what you have. Now I could go back over all of the things I should have done: waited, changed my f-stop, turned around, worn running shoes, brought catnip, but I’m just glad I got this shot. It makes me laugh and leaves many unanswered questions. I love a mystery.

So in the weeks after I took this shot, I showed up at the beach at the same time hoping to run into the Mysterious Catman. But my longing was not to be sated. I have no idea who the Catman is, or is I’ll ever cross before him in a pedestrian walkeway again. Perhaps luck will prevail.

To be truthful, I don’t think that’s a real cat, but those horns seem mighty pedestrian unfriendly.