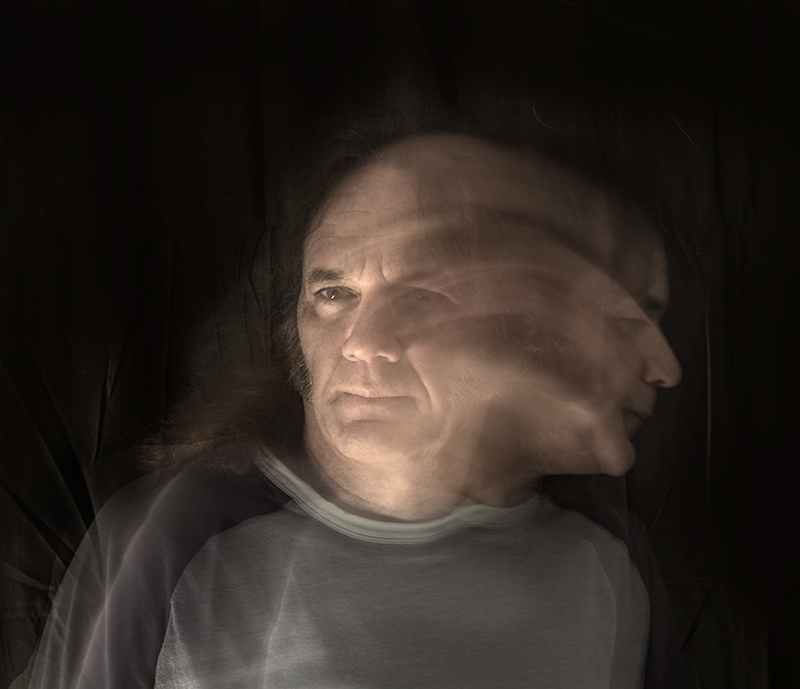 As a child I loved to read mythology: Greek, Norse, Roman. As an adult, I seem to gravitate toward the myths and gods that are most relevant to my personal timeline. When I was running marathons, it was the goddess of the hun Artemis; when I was in graduate school for advertising it was the Norse trickster Loki; and now it’s the Roman god Janus, the god with two faces, the deity of beginnings and endings.

A few years ago I had two ideas: I wanted to make portraits with mirror over people’s faces, which I haven’t figured out yet; and another where I wanted to experiment with motion. So I began work on my Janus series this spring.

Without over explaining, Janus became a symbol for me last summer after wading into a interpersonal muck that muddied my vision with a visit to emergency room, dropping my partner off at a state mental hospital, a call suicide hotline, and a row with a famous, two-faced photographer. After letting my personal traumas ebb and flow, I decided to go back to the Janus idea and see if I could make some images. 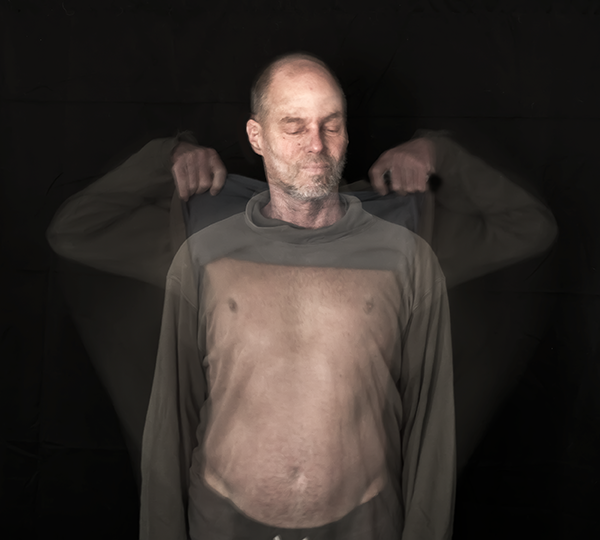 I set up my Pentax 645z medium format camera on a tripod, hang up a black backdrop, and create and adjustable light source. In some cases it’s a bit of light coming through the garage door, the opening of which I constantly adjust. My ISO is 100, shutter speed is two seconds or so, and my fstop is around 16. I’m still fine tuning these settings, but it takes a lot of practice and many bad images to get a few usable ones. I’m still deciding how I want to process this series, so far I’ve experimented with using a black and white adjustment layer at 50% opacity to desaturate. I’m also working with trying to make the images look less flat. 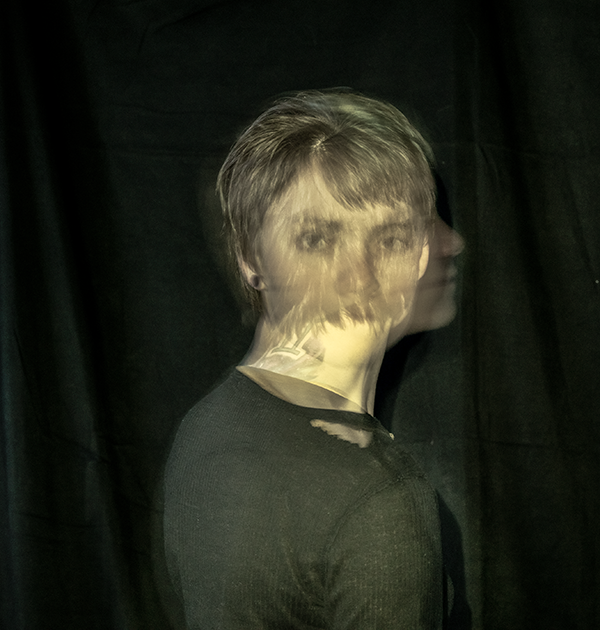 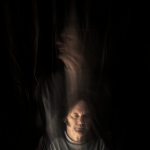 “Mike” from my series focused on motion called “Janus.” 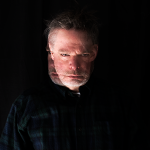 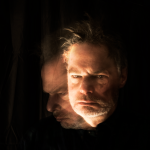 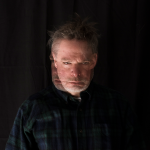 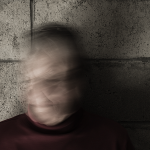 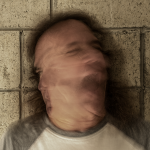 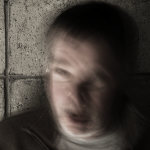 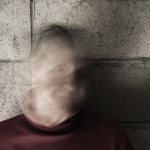