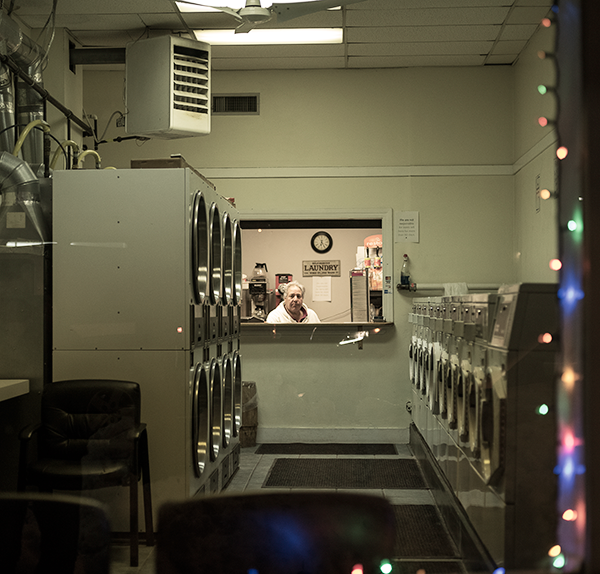 A week after I returned from my first 10-day residency at Lesley, I began to write down some informal notes in preparation for this paper. I spent an hour or so compiling details from classes, artists’ talks, seminars, and critiques. When I finally put my pencil down and reviewed my scribblings, three major themes became apparent: great art is a function of context; remix is the palette for the digital age; and art and our experiences are inextricably connected. Instead of writing about specific details of the residency, I would like to elaborate on each of these themes in a broader context and close the essay with the thoughts and suggestions I received from the critique sessions, as well as a list of artists to research

Context
Many of us, myself included, make art in a closed space. This space can be physically closed, like a studio, garage or basement, or it can be an interior space, where we form ideas, solve problems, and create the visual forms that will later become our work. I dwell in both of these places: I work alone most of the day and spend my time in a small studio. Due to this lack of social contact, I spend much time in thought. I come up with new concepts for my art, play with spatial arrangements, and make mental notes, both of locations I’d like to visit and intriguing people I’ve seen. I begin to build prototype pictures in my mind with stages, props, and scenes.

But this isolation is a double-edged sword; on one side of the blade I make very good use of my time, I know how to be alone and how to create. I almost always have some kind of idea I’d like to work out visually, and this is a great motivator for making art. On the backside of the blade, this isolation leads to insularity, a narrowing of focus and experience, and in some cases a lack of awareness of the world, other artists, and where one’s art fits into the broader scheme.
This is fine if art could stand on its own by just being Art. But it can’t. Many painters make paintings, many poets write verse, and many photographers make pictures, but very few make ones that are meaningful. Why is this? For many, the process of making art is cathartic and to some degree, a self-gratifying act. And there’s nothing wrong with making art to make oneself happy. But what I realized during the residency is that art is meaningful and relevant based on its relationship to history, time, other artists, and what’s happening now in the world around us.
The circumstances within which we make our art allow it to be understood, accessible, and assessable. This point was demonstrated many times during the residency. The artists we discussed in Critical Theory I were ones that had a keen insight into the times they lived and were able to take that awareness and make it visual. This idea was particularly prescient in Visual Culture and the Internet, where we talked about understanding new media and its relationship to older forms of art like painting and photography. I’m trying to embrace the internet as another a space in which to create and collaborate. But as someone who works in what is now an older medium, photography, I need to figure out how I can use the internet and newer digital mediums to make art that is relevant in the age of pixels, gifs, memes, and video.

One additional point I noted was that the art itself, the final product, is no longer as important as its context. This might not be what an artist like me wants to hear, but it gave me pause, and continues to make me think, even as I write this paper. I have no idea if the art I make will be relevant to anyone but me, but I try to work with universal themes like birth, death, renewal, isolation, and love, in the hopes that these themes will be transcendent and accessible to many.
If not, I’ll just head out to a cafe and drink some absinthe, head to the ballet, and then maybe visit a brothel, activities we talked a lot about in Critical Theory I. Sadly, those activities seemed to be an acceptable modus operandi for a shocking number of now-famous male artists of last two centuries. This brings me to another point about context, the lack of women recognized in art history. Even the women that were noted in our Critical Theory I course, Mary Cassatt, Berthe Morisot, Rose Bonheur, and Artemisia Gentileschi, were barely discussed in classes. Naturally, we spoke more about contemporary female artists, photography fares well in this regard. We also read many critical theory essays on the subject of women and art. But more and more, I question my education and its absence of women and people of color. The more I think about it the more I realize my education is mostly the product of white men who embody the ideals of white privilege. On the positive side, this presents me with an opportunity to learn beyond such a narrow focus. I still wonder how skewed my idea of context and history are due to this restricted early instruction.

Remix, repurpose, reinvent
On Sunday, while taking the T back to Braintree, I scanned all of the posters in the train car. Some advertised performances or plays others continuing education classes and mortgage lenders. In my mind I tried to combine and remix them. I tried to think how an appropriation artist like Richard Prince would create a piece using found images. What would he use in this train, and what would he discard?
While I’ve never appropriated imagery to create my photographs, I’ve pinched dozens of images while performing my day job as a communications/graphic designer. This appropriation is not entirely ethical in my view, but designers take images all the time for use in commercial work. After all, having the access to a vast image bank at the stroke of a key is irresistible, and it saves enormous amounts of time doing my job. I wouldn’t be able to compete with others in my line of work if I spent hours rendering images. I wouldn’t have any clients and I wouldn’t be able to make a living. I think image appropriation will soon become the standard in design and art if it hasn’t already done so.
Oliver discussed image appropriation at length in his class, but I think it’s also relevant to Stuart’s Critical Theory I class. We started off the first day looking at one of Andy Warhol’s Marilyn Monroe prints, a postmodernist appropriation, but one could also make the argument that many 19th-century early modernists were working with imagery and subjects, like Venus, taken from the formalists—the formalists borrowing from the Romans, and they from the Greeks. Again, the key difference is the remixing of the subject matter and giving it a new context.
Cutting, pasting, appropriating, and collaging together images and sounds isn’t new; what’s changed is our accessibility to the tools: software, freeware, and apps. When I began working as a graphic designer in 1991, I was working with the second version of Photoshop. Today, “photoshop” is not only a noun, but is widely used as a verb. The idea of collage has become so common in our culture that our language had to adjust to remain current with our actions. Pixels, found images, and software are the palette of the digital age.

Connection
Finally, the last theme that became clear after a week of critiques, artists talks, classes and seminars, is that of connection. The obvious connection is the one between an artist and his/her work, and the subsequent connection is one the viewer has to the work of art. But more importantly, all of the artists we talked about this week are connected to the artists and the works that came before them. It’s the task of the artist to review, reject, remix, rethink, and reinvent the traditional forms of art in order to move forward and be pertinent in our culture. Without this understanding and connection, the artist’s work will fall flat, and become an aimless trifle, or an emblem of vanity.
For example, both Manet and Picasso were trained as formalists. Their combination experience of and connection to this tradition set a framework of understanding and practice, one that could later be rejected, reused, and reframed into new art, art that was forward-thinking and in today’s terms remixed. Manet and Picasso are just a small slice of the larger body and practice of art that has existed for millennia. We all look backward in order to move forward in a meaningful way.
And lastly, a great benefit of the program are the connections we make to our faculty, advisors, artist mentors, and more critically, the community we create with other students, our future colleagues. This was an aspect I hadn’t recognized until the residency was in full swing.

Suggestions from Critiques
In total, I think I had 6 critiques. I was not aware that I could keeping signing up for additional sessions. For me, 6 was enough. More would have left me graphically confused. Here are the basic takeaways from those sessions:
Images are over-saturated
The work needs to be more disturbing
•Experiment with adding tension to the work
Experiment with distances and degrees of closeness/intimacy
Look deeper into people to create more psychological portraits
Black and white suits my work better
Color suits my work better
Work on editing
Experiment with different cameras and mix different media in with the work
Try creating a portrait that includes more of the place/environment
Experiment with motion
Create a narrative, mix images together from different bodies of work
Work with different sizes of prints and mix them up
Physically create spaces between the images when displaying them
Continue working with social portraiture and expand on that idea