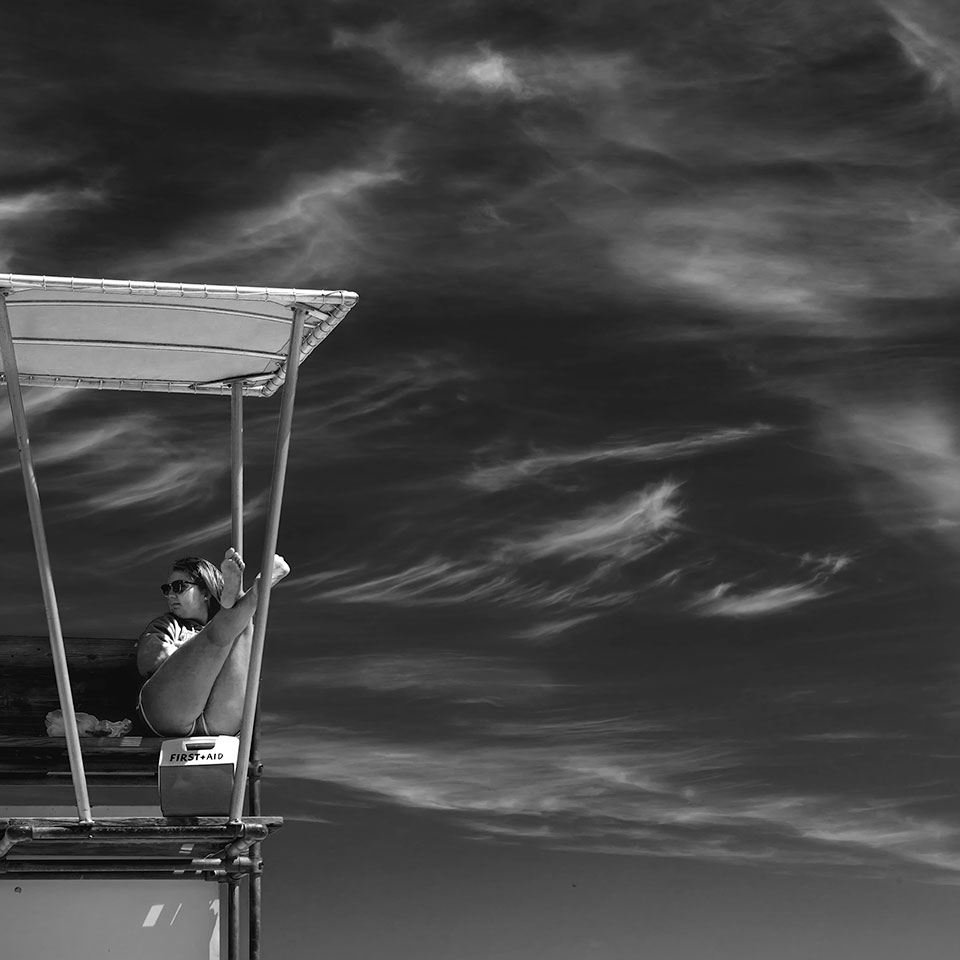 In August, Tom and I met up with his brother and sister-in-law. The twin nephews were in a summer soccer tournament on Kalmus Beach, and since we’re close by we decided to come along. Enroute we realized we didn’t have a beach sticker, so it seemed like an apropos time to pick one up and slap it on the windshield. But after I filled out the sticker application, the kind recreation attendant told me they only accepted cash. So off we went to the cash machine. What should have been a 10-minute car ride to the beach ended up being 45 minutes, give or take a slow moving tortoise…I mean tourist.

When we arrived at the beach the tournament was underway. The day was hot and glaring, and I sought a postage stamp of shade beneath the lifeguard stand. Not being particularly soccer-minded, I quickly fatigued, my eyes seeking sand and surf. The summer beach denizens are a busy bunch, so I took out my camera and tried to catch something candid and sandy. Unsuccessful, I turned around I noticed the lifeguard on her perch, her ennui like a flag in a blizzard.

As I snuck closer she busted me, so I had to put my camera down. I called Tom over to be my cover and we pretended to discuss the super-secret inner workings of DSLRs. Then she turned left and I got a break…I pulled my camera up, focused and got one frame off. That was it.

Then I forgot about it.

A week later, I copied all my images off my card and saw her. In color the image wasn’t impressive, and I over looked it the first. But just having returned from a week at John Paul Caponigro’s studio in Maine, I took a second look and decided to make some lemonade in black and white.

The Lifeguard of Doom was born.