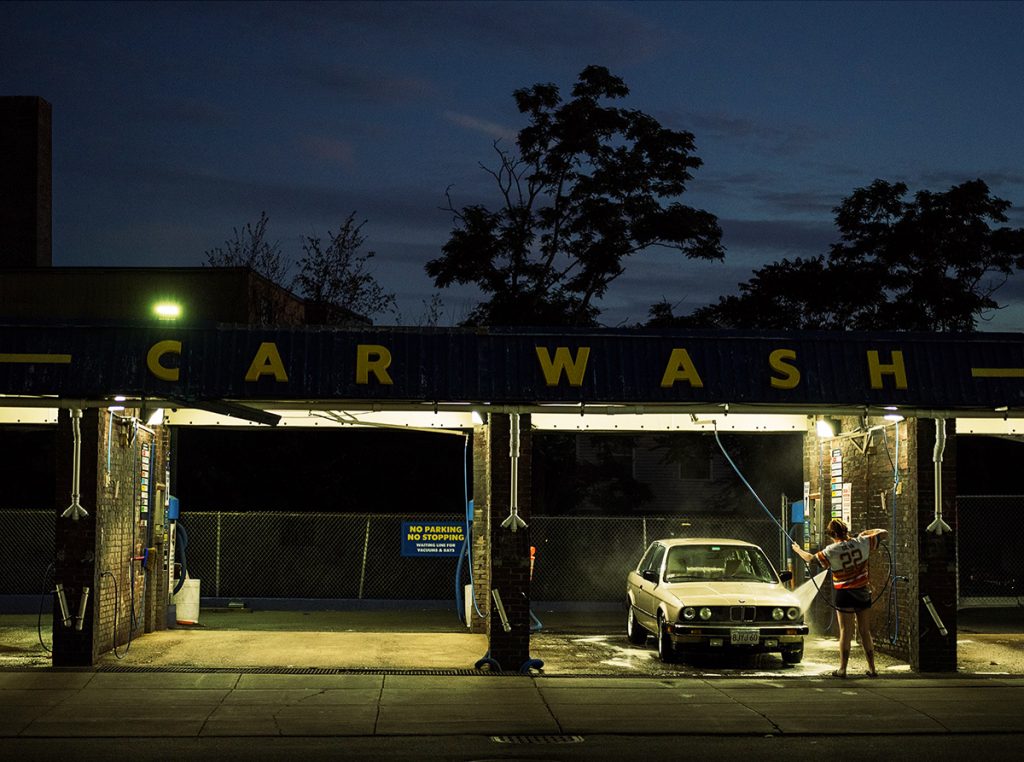 This past June, I completed my second ten-day residency as part of the low-residency Lesley University Low-Residency MFA program. The following is an informal essay summarizing residency highlights, feedback, and areas of research. I have organized this review into three categories: critiques, academic study, and creative objectives.

1. Critiques with Professors and Peers

Overall, the critiques of my photographic portraits were positive in terms of content, display, and printing. Below is a list of suggestions for further developing the work I presented and creating new work:

Broaden the visual ideas presented at the residency perhaps using a variety of cameras from iPhone to film;
Maintain a similar tonal range and palette for the work; this technique was effective for setting a mood and establishing a connection to place and season;
Create larger prints; many were too small to be impactful;
Select images to printed in larger with care;
Explore a narrative approach; use image sequence and size with more intent in relation to the importance the image holds;
Construct a visual arc that rewards the viewer with larger, stand-out images;
Expand the idea of portraiture to include objects and place;
Sketch or write out a narrative and consider adding text to the overall presentation;
Curate the images from the spring semester using different technology, perhaps a slideshow, projection, or another cinematic format;
Investigate the use of audio, dialog, and video.

During some of the residency downtimes, I roamed Somerville and Cambridge which I found to be visually rich in the summer. I made a number of stranger portraits on the street, at a car wash, and at a Dunkin’ Donuts. I also began a series of photographs of suburban-related motifs in Somerville. One motif is the religious statuary found in many gardens. I call this series “Our Lady of the Front Yard.”

My elective this residency was Anatomy of an Exhibition with Sarah Montross. The goal of the class was to conceive, curate, and promote an exhibition from start to finish. I was on the promotion team, as my skills as a graphic designer were quite useful. I created promotional print materials, posters, an animation, a gallery floorplan, a Facebook page, and Facebook ads. I found the exhibition process to be both intellectually and creatively stimulating and was reminded that design skills can be used in multiple ways from curation to spatial arrangement to marketing, and most importantly, to building teams and organizing people.

My group attended Peter Rostovsky’s Critical Theory II class. One of the primary themes of our discussions was that of the artist’s role in society and the interrelationships of the economy structure, social structure, and the creative economy. We also talked about the ideas of authenticity and aura, and how technology has upended our perceptions of what is an original piece of art and what is a reproduction. A stand-out reading for me was Hit Steyerl’s In Defense of the Poor Image in which Steyerl suggests that the poor image of the postdigital age, a cast-off child of a long-lost original traveling through the cybersphere, has as much value and meaning as the original. The poor image becomes a conduit and point of connection for disparate groups of people. I found the readings dense and challenging.

During my critiques with faculty and peers, I noted recurring themes in the feedback: banality, repetition, suburban dystopia, death, and ennui. I then began to research some of these ideas in order to form the basis of my research papers for the upcoming semester. My obsession with the banal was greeted with encouragement, as was my proclivity toward repeating visual motifs. My object for the fall semester is to further research repetition in visual culture, photography, and banality and to write papers around these ideas.

Upon arriving at the residency, I spent time reading the artist’s statements printed in the MFA graduate exhibition catalog and as a result revised my own statement. I made notes of the similarities, tone, and content of the statements in the catalog, and then applied those concepts to my own statement creating a completely new one. I encouraged my classmates to do the same exercise with their statements.

I chose to go on a field trip to the Museum of Fine Arts to see the (un)expected families photography exhibition. The exhibition featured many of my favorite artists, and I took images of the tombstone plaques of the artists that were new to me. I was particularly struck by the work of Tina Barney, Julie Blackmon, and Julie Mack. I plan to seek out more images by those three photographers during the fall semester. While at the museum I made a point to see any of the Edward Hopper paintings that were on view. I feel a kinship with Hopper in terms of content and place and am currently reading essays about him.

A final note on the artist speakers for the June residency: The highlights for me were Petah Coyle and Scott Listfield. Coyle to me is an example of a consummate artist: lucid, inventive and a keen translator of ideas into visual forms. Scott Listfield, on the other hand, is a commercial artists who was able to transfer his skills as a graphic/communications designer into his work a painter. Scott is the man behind the curtain whom no one wants to engage but everyone admires as he is able to make a living from making paintings. I was disappointed that none of the faculty questioned him after his talk.

Finally, below is a list of creative objectives inspired by my experience at the residency:

Funnel my ideas down into a more concise form/body of work;
Visit either Levittown, or other quintessential suburb and record my impressions;
Collect more vernacular images and use them as inspiration;
Strengthen my skills working with available light by taking a workshop in natural lighting;
Make portraits using a phototransfer printing process possibly on fabric, like shrouds;
Introduce newer technologies to my work like video, audio, and motion;
Learn Adobe Premier;
Continue my use of scrims, or any materials that partially obscures or distorts the face;
Explore the visual ideas of banality and repetition, and see where that leads.

In closing, this residency for me was about focusing, streamlining, and crafting a vision for my work for the January residency. Below is a list of artists to research and a second list of artists I use as inspiration. 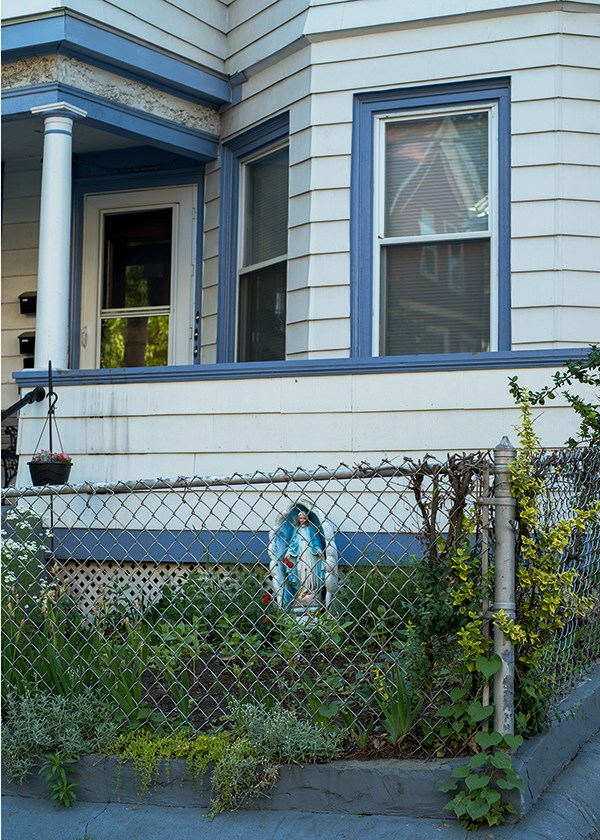 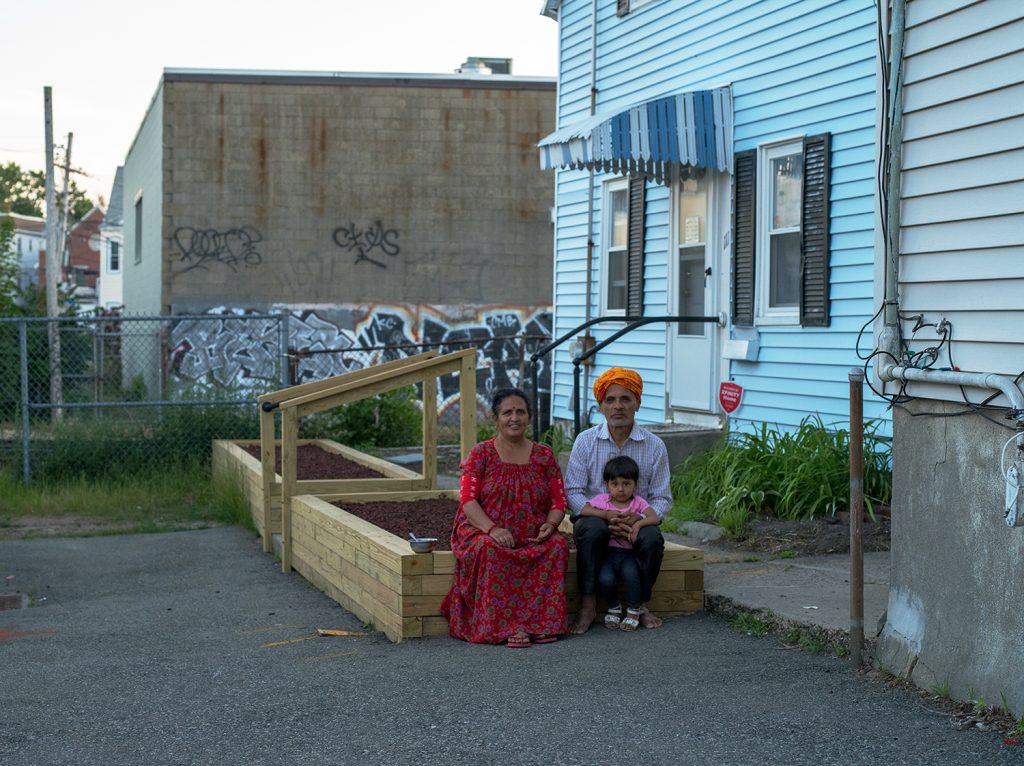